Who will take the title home? Holm: former women’s Bantamweight champion, or Cyborg: the most dominant female fighter of all time? Find out this Saturday as they both fight to defend their title under the UFC banner. 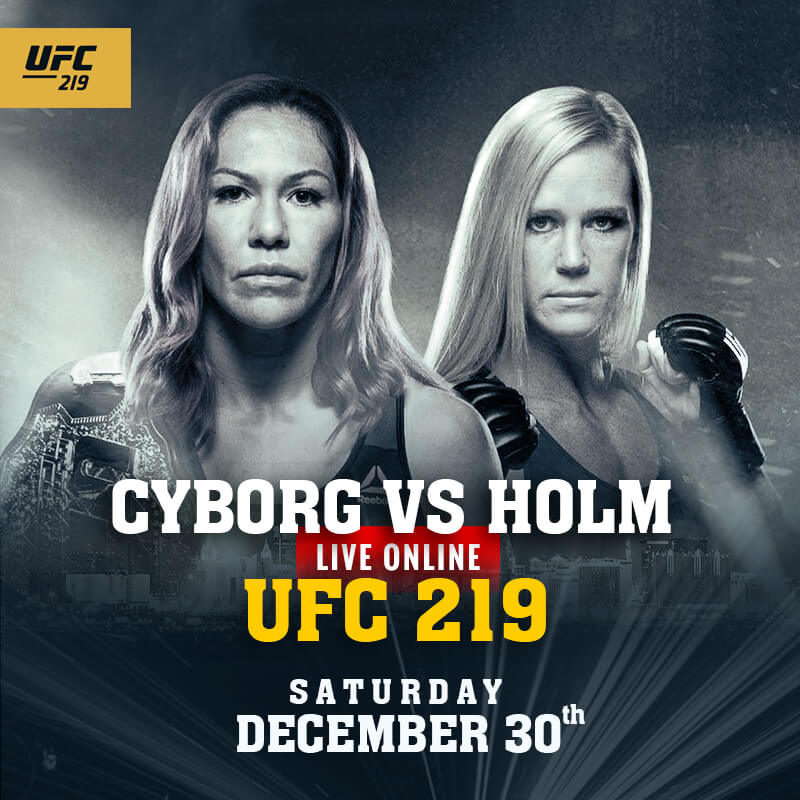 FastestVPN subscribers are all set to enjoy boundless entertainment that is up on the night of 30th December – UFC fight night 219. Enjoy watching the fight online between Cyborg vs Holm via FastestVPN. You don’t have to go far, just follow these 4 easy steps and get glued to your screens.

All channels aforementioned are geo-restricted which have limited their broadcasting only in the specified regions. If you’re a fan outside the mentioned regions, Watch UFC Free using the best VPN service. Get Fastest Streaming VPN and attain access to the country servers that offer live streaming of Cyborg VS Holm online.

How to Watch UFC 219: Cyborg VS Holmes Live On ShowTimePPV

On ShowTimePPV, UFC 219 can be streamed on all popular browsers – Safari, Firefox, Internet Explorer, Microsoft Edge and Chrome – including phone browsers. For Apple clients, ShowTime PPV has launched an app, which is readily available in the App Store for all Apple devices.

Who will be the UFC Women’s Featherweight Champion? CYBORG or HOLM

Cyborg, with an impressive score of 18-1, enters in the bout with the aftermath of her last UFC Women’s featherweight title with her infamous, hyper-aggressive Muay Thai stunts, from 3 UFC opponents in UFC on Kodi. Since 2005 she remains undefeated and has managed to win 19 straight bouts. In the world of sports, she is known to be the no. 1 pound-for-pound female fighter.

Holm, on the other hand, is the preacher’s daughter with a score of 11-3. Back in July, she has snapped a three-fight losing with a spiteful third-round knockout of Bethe Correia. Holm is a former champion who drew attention for her head-kick knockout of a UFC superstar Ronda Rousey in 2015. She lost her first and last MMA appearance from Germaine de Randamie at 145 pounds.

Being a UFC hot commodity, Cyborg fights tooth and nail to take the fight to the next level. The majority expects Cyborg to knock Holm down in upcoming UFC 219, but one cannot ignore Holm’s unusual head-kick stunts.

Summing up, you need access to streaming channels to watch the UFC 219 Cyborg vs. Holm fight live online. If you’re in a country where the streaming channels are not accessible, simply connect to FastestVPN, select the server of your choice and bypass the blackout. With the best VPN for streaming, you have secure and fast access to all geo-restricted content and channels from anywhere around the globe.

How to Watch Mexico vs Sweden Live Streaming