We are now down to the final match of the FIFA World Cup Russia. It has been a roller-coaster ride so far and finally, we’ve reached the climax of this exquisite journey. France and Croatia are in the final after some exciting display of attacking football throughout the tournament and deservingly the top two teams of the World Cup 2018. FIFA World Cup final always attracts the biggest crowd and fans across the globe will surely leave all other work and activities to watch this mega match live. So if you’re hoping to catch the FIFA final live online,  this guide explains you exactly how you can watch FIFA world cup final live online from the comfort of their homes.

Don’t have a cable subscription? No need to worry! You can enjoy watching FIFA final live online on different platforms and channels for free! To watch the FIFA world cup final live online, follow the steps below:

Remember to be connected to FastestVPN’s UK server for BBC iPlayer or Russia server for matchtv.ru to overcome geo-restrictions. If you are not connected, you will not be able to access these channels as they are geo-blocked.

FIFA world cup schedule is revealed for the 21st edition of football in Russia. It is as follows: 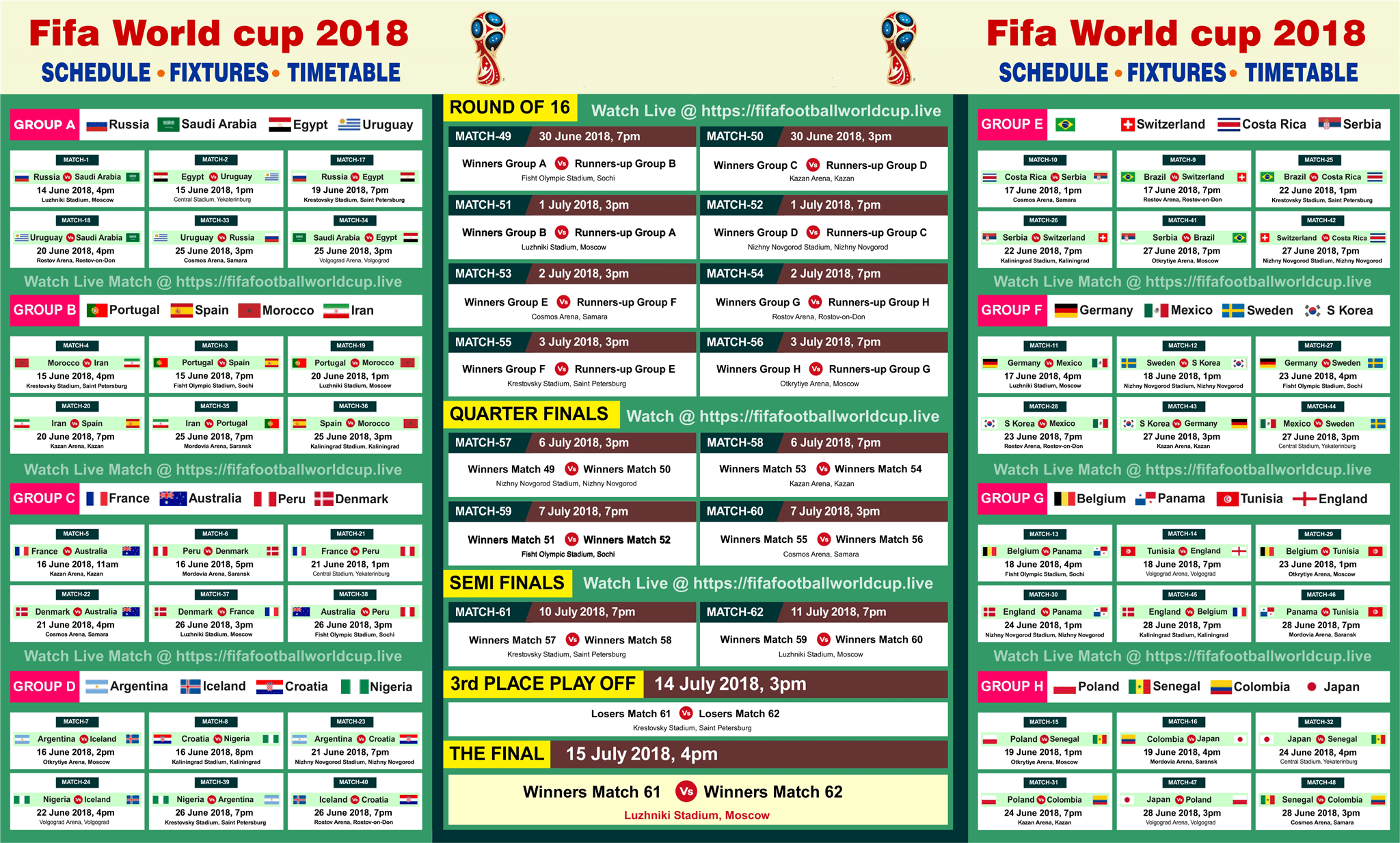 The teams that qualified are categorized into 8 groups of 4 teams each. They are divided in Group A through Group H as follows:

The FIFA World Cup is the most competitive football tournament and it’s always difficult to predict which team will last till the end. Every team, be it previous world cup winners or those participating for the first time, plays like a champion and so far its been a pleasure witnessing all that in the 2018 FIFA World Cup. teams like Ireland, Senegal, Japan has been a surprise package of the tournament. However, everything has to come to an end and now 30 teams including the likes of Brazil, Argentina, Germany, and Portugal are out, even before the Semi-Finals. Although nobody expected that, but we are now down to France who will be playing their 6th final and Croatia who has reached the final for the first time.

Many experts predicted any one of Argentina, Brazil, or Portugal to make it to the final, but not France and surely not Croatia. However, these two teams performed exceptionally and made it to the finals. Now its time to predict who will lift the trophy come the 15th of July. France may be the favorites, but Croatia has been more than amazing in the tournament and could take the trophy away from France.

We cannot wait until 15th July 2018 for the finals to start. Definitely keeping our fingers crossed in hopes that the team we’re rooting for finishes it all with the FIFA World Cup trophy. Watch FIFA world cup finals from anywhere in the world for free with FastestVPN. Stay tuned, this year’s FIFA world cup is bound to keep you on the edge of your seat!