The 72nd British Academy Film Awards are upon us. The British Academy of Film and Televisions Arts will keep its decades-old tradition and host the 72nd ceremony next month in February, 2019.

The BAFTA awards are always a special time in the industry. It has cemented itself as one of the biggest awards ceremony in Hollywood. This year, the British Film Awards 2019 ceremony will take place at the Royal Albert Hall in London. It recognizes both national and foreign films, BAFTA awards are a night that talks about arts in whatever shape it may be in, including video-games. 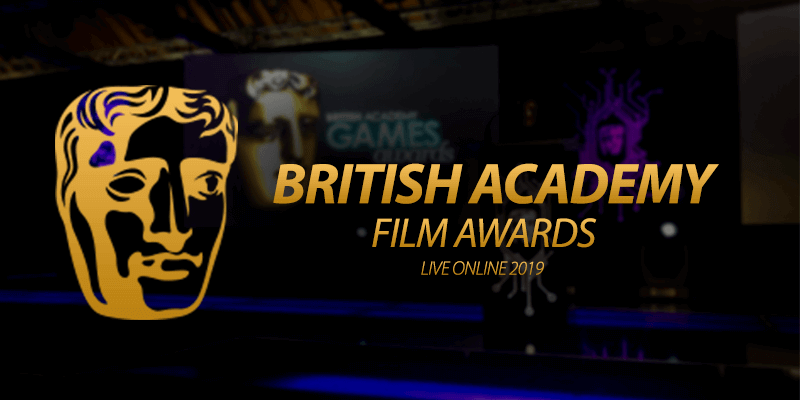 When are the British Film Awards 2019

The 72nd British Academy Film Awards takes place on February 10, 2019. Venue for the event is the Royal Albert Hall in London. Like the last year, the ceremony will be hosted by Joanna Lumley.

BATFA nominations have been announced. You can check out the complete list here.

What Time do the British Film Awards 2019

The British Film Awards 2019 ceremony is expected to begin at 9 PM GMT. It will be hosted by actress Joanna Lumley, making it her second consecutive year as a BAFTA host.

This year, the 72nd British Academy Film Awards will take place at the Royal Albert Hall in London, United Kingdom. Expect to see the biggest stars of the film industry at the red carpet.

Just like every time, British Film Awards 2019 will get prime coverage on national television. If you’re in the United Kingdom, you’ll be able to watch the awards ceremony from the comfort of your couch.

The event will likely air on BBC1. You will also be able to catch the livestream on BAFTA’s website and on their YouTube channel. For folks planning to watch it on the local cable, you’ll need access to BBC1. People living outside the United Kingdom can take advantage of the live stream.

If the live stream appears geo-restricted, we’ll help you get around this roadblock. With FastestVPN, you’ll be able to get around this problem by simply spoofing your location as the United Kingdom.

How to Watch British Film Awards 2019 on Roku

The digital streaming platform Roku features hundreds of apps that give you hundreds of hours of entertainment. You can easily watch BAFTA Awards on Roku using FastestVPN.

Here’s how to do it:

How to Watch British Film Awards 2019 on Apple TV

Apple TV is a powerful entertainment device for your living. Stream your favorite movies and TV shows in up to 4K resolution at your will. We’ll help you get VPN running on Apple TV.

How to Watch British Film Awards 2019 on Kodi

Kodi is an extremely versatile digital streaming app. Although officially there is not a BBC iPlayer app, we’ll show you how to get around this problem. There are a few step you need to follow first, here’s how:

What Channel is The British Film Awards 2019 On

You can expect to catch BAFTA Film Events on BBC One on your cable. The livestream will also be available online and you can download the BBC iPlayer app on your device if it’s available. Additionally, the livestream might be available on BAFTA’s official YouTube channel.

Unfortunately, there’s currently no information of channels outside UK.

This is going to be the second British Film Awards 2019 in a row where the honor of hosting the event will go to actress Joanna Lumley. She’s winner of two BAFTA TV awards for her work in the sitcom Absolutely Famous.

Here are the nominations for BAFTA Film Awards 2019:

72nd British Film Academy Awards 2019ceremony is expected to begin around 9 PM. The red carpet event where you’ll see your favorite stars arrive on the floor should start at 8 PM. With our guide here, you can expect to watch BAFTA Film Awards live from anywhere in the world with FastestVPN. Just make sure you have access to BBC One, alternatively online live stream of British Film Awards 2019 may be your only option.

How to Watch Oscars on Roku

How to Watch Hulu in Sweden