How to Watch Khabib Nurmagomedov vs Dustin Poirier on Kodi

Dustin “The Diamond” Poirier’s last fight against Max Holloway ended in a victory. Since April, the interim champion has been eargerly waiting for the next challenge. It was announced in June that his next challenge will none other than Khabib “The Eagle” Nurmagomedov.

Khabib needs no introduction. Having beaten Connor McGregor in the Octagon last year, the 30-year old Russian fighter made headlines in the news, even became a social media sensation due to the post-match clash between his and McGregor’s team. He is one of the biggest MMA fighters in the world right now, which makes this upcoming fight a must-watch for any UFC fan.

This blog aimed at those who want to watch Khabib Nurmagomedov vs Dustin Poirier on Kodi, so let us take you through the essential details first. 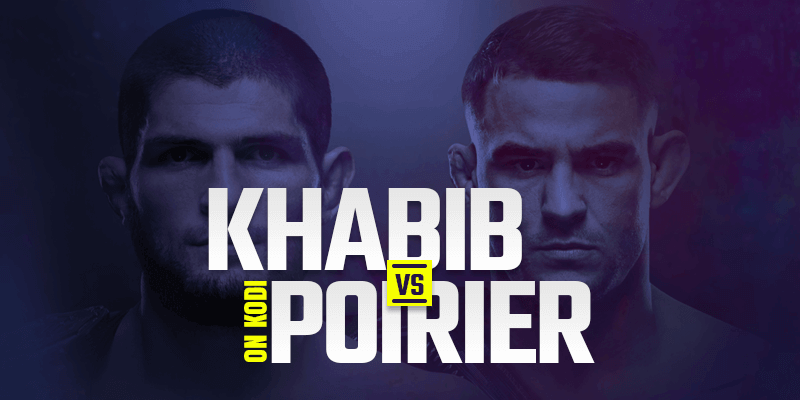 UFC 242 will stream live on September 7 via ESPN. The network provider won the rights for UFC last year and secured 5 years of exclusivity. That means you don’t have to wonder which broadcasting partner is next, at least for the next 5 years.

As usual, UFC fights will also be available via UFC’s own streaming platform. Access to the platform is available through two options: UFC PPV and UFC Fight Pass. Both options allow you to select from different subscription plans, but differ in the content you can access. Where UFC PPV lets you buy a single PPV event, such as UFC 242, for a price, UFC Fight Pass gives you access to the entire collection of UFC fights.

UFC Fight Pass add-on is available for Kodi (unofficially) but does not work at the time of writing this article. So, you’ll need to use ESPN in order to watch the fight. You’ll also need FastestVPN to unblock the geo-restriction that comes with it.

You’ll need to authenticate the add-on on your device by following the on-screen instructions. Once you complete the process, you can access premium content such as the UFC 242: Kabib vs Poirier fight.

There are a couple of third-party add-ons such as Sports Devil and Planet MMA that you can use to stream UFC fights. But they at times do not work. But if you decide to go that route, always use a VPN to protect yourself from ISP.

The upcoming fight is arguably the biggest fight for Poirier, and one that will make him the one to put a dent on The Eagle’s sterling career. Tune it to ESPN on September 15 to watch Khabib Nurmagomedov vs Dustin Poirier on Kodi.