How to Watch Adam Kownacki vs Chris Arreola Live Online

Brooklyn’s Adam “Babyface” Kownacki is confirmed to face-off against Chris “The Nightmare” Arreola in a 12-round fight that is scheduled for early August and will feature a couple of other bouts as well.

This isn’t Kownacki’s first time in Brooklyn, 30-year had his last appearance in Brooklyn when he fought against Charles Martin – a fight which he won. Hailing from Poland, Knowacki has developed a following in the US, especially European fans who are in the majority. In an interview, Knowacki expressed that he feels honored to receive such support and called it the motivation that drives him to perform at his best.

On the other side of the ring is 38-year old Chris Arreola, after coming from two consecutive wins, and is now looking to add another win. Arreola appears restless to “show everyone I’m still one of the best heavyweights in the world”.

Catch the exciting Adam Kownacki vs Chris Arreola live online with a few simple steps. Read on as we take you through each device, and how to get online. 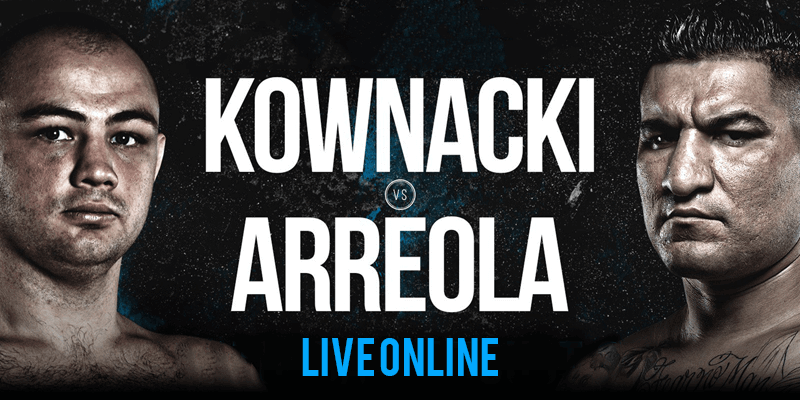 The heavyweight bout is set for August 3, 2019. And because the fight lands in Brooklyn, New York, it’s logical to expect Barclays Center to host the event. There will be other bouts in fight card, but Adam Kownacki vs Chris Arreola is the main Premier Boxing Champions attraction.

As we explained up there, this Premier Boxing Champions fight headlines Fox Sports PPV early next month. Got access to Fox Sports? You’re all set to watch it – just make sure your subscription doesn’t end before.

One thing you need to note, however, is that you must be present in the United States to access Fox Sports. That’s because geo-restriction otherwise, restrict, you. Your IP address is what servers note whenever you visit a website on the internet – or service in this case.

Regardless if you’re travelling or living outside of the region, FastestVPN gives you the ability to unblock any such geo-restricted content on the web. The affordable pricing plans means that it won’t top much on the Fox Sports PPV subscription you may need to buy as well.

Whether you’re on a PC or a mobile device, you’ll be able to watch Adam Kownacki vs Chris Arreola live online from anywhere in the world.

The process to watch the fight live is similar whether you’re using iOS or Android. The only thing to note here is the source through which apps are acquired.

Watch Adam Kownacki vs Chris Arreola on PS4/Xbox One

Like the iOS and Android tutorial we shared above, PS4 and Xbox One share similarities. The difference, again, is the source through which you download the apps. PS4 has its PlayStation Store and Xbox has Xbox Store.

FireStick’s long-list of apps also includes the Fox Sports app. It allows you to stream live TV on any device.

Fox Sports app is available for Roku as well, thus making things easier for you. Just need to download then sign-in with your account.

This method applies only to Apple TV 4th generation and above. Reason being that earlier versions do not feature App Store. In that case, stream the fight to the big screen using AirPlay feature on an iOS device.

Kodi has an official add-on for Fox Sports Go, so you don’t need to rely on a third-party add-on. Here’s how to install it:

You’ll need to pair the add-on with details of your network provider. Follow the on-screen instructions to complete the pairing process.

You can watch the entire fight – Adam Kownacki vs Chris Arreola live online – on a device with the convenience of FastestVPN. The super-affordable packages allow you to get the best of VPN technology without breaking the bank.

How to Watch Gennady Golovkin vs Sergiy Derevyanchenko on Firestick