Before the end of 2017, there is a list of must-watch movies with their official trailers that you need to see if you haven’t already. Let this last month of the year be movie marathon December! Grab some popcorn, go through the list, and begin binge watching. 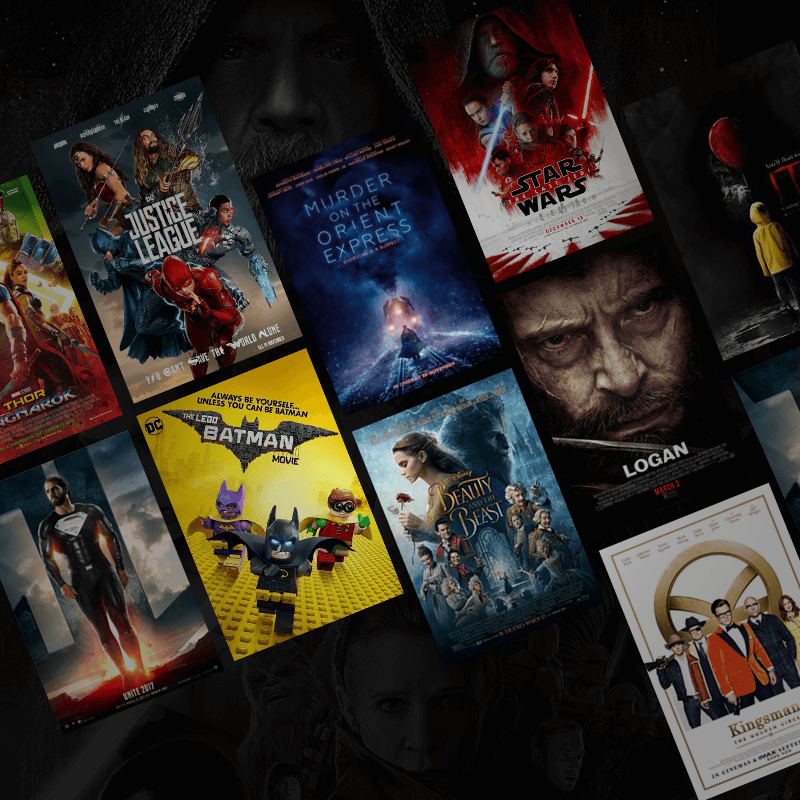 Another excellent Marvel superhero film to hit the Box Office with 616.8 million. After the release on 3rd March 2017, it left the crowds cheering and internet exploding with positive reviews.

Movie Storyline: On the horizon, a weary Logan cares for an ill Professor X at a remote setting on the Mexican border. When he meets a young mutant much like him, his plan to veil from the outside world gets toppled. Logan is now up to protect the girl and battle against the dark forces that want to capture her.

This supernatural horror film was the talk of the town around its release date. It released on 8th September 2017 and hit the Box Office with $695.7 million.

Movie Storyline: An ancient, shape-shifting evil is about to be the worst nightmare for seven young outcasts in Derry, Maine. The evil, known as Pennywise, emerges from the sewers every 27 years to prey on the children of the town. Bound together over one horrifying and perplexing summer, the friends need to overcome their personal fears in order to fight the bloodthirsty clown.

8. Beauty and The Beast

The romantic genre dwelled in with fantasy element of Beauty and The Beast managed to hit the Box Office with an impressive, record-breaking revenue of $1.264 billion! It is world’s 10th highest grossing films of all times.

Movie Storyline: A bright, beautiful and independent young woman, Belle, who is taken prisoner by a beast in his castle. Despite all her fears, she becomes friends with the castle’s enchanted staff. Meanwhile, she is learning to look beyond the beast’s hideous and scary exterior, allowing her to familiarize herself with the gentle heart and soul of the true prince that hides inside.

The Batman Lego was released on 10th February 2017. With children as their audience, the movie served the purpose of quality family time spent together. They raised a revenue of $312 million.

Movie Storyline: There are vast changes brewing in Gotham City. If Batman wants to save the city from the Joker’s hostile takeover, he may have to drop being the lone vigilante and try to work with others as a team. Meanwhile, we hope that maybe, just maybe, Batman learns to lighten up. Perhaps his superhero sidekick Robin and devoted butler Alfred can teach him a thing or two.

The movie released on 22nd September 2017 and with all the hype amongst the Kingfans, it raised $395.3 million on the Box Office.

Movie Storyline: When their headquarters are shattered and the world is held captive, the Kingsman’s expedition brings them to the discovery of an allied spy organization in the US. The two elite secret organizations must band together to defeat their common enemy.

With a decent budget of $149 million, the movie raised splendid a gross revenue of $821.8 million. Its initial release was 15th May 2017 in Shanghai.

Movie Storyline: Diana was a princess of the Amazons who was trained to be an unassailable warrior before she was Wonder Woman. Being raised on a sheltered island, the princess meets an American pilot who communicates to her about the colossal conflict rising in the outside world. Committed to stopping the threat, Diana leaves home for the very first time. She discovers her full powers and true destiny as she fights alongside men in a war aimed to end all wars.

The film is yet to be released on 15th December 2017 with Box Office predictions going up to $200 million from 400 theatres on the opening weekend, in the United States and Canada. Fingers crossed for this one!

Movie Storyline: Rey amplifies her newly discovered abilities with the guidance of Luke Skywalker, who is worried by the strength of her powers. In the meantime, the Resistance concocts to do battle with the First Order.

3. Murder on The Orient Express

With the release of this movie on 10th November 2017, it got people talking. The interesting mystery got the audience curious and hit the mark of $274.7 million at the Box Office.

Movie Storyline: From the best-selling author Agatha Christie, Murder on the Orient Express tells a story of 13 strangers marooned on a train where everyone is a suspect of committing a murder. The riddle must be solved before the murderer strikes again. Watch a sumptuous train ride through Europe turned into a thriller mystery full of suspense.

Justice League is the second most expensive film ever made with a budget of $300 million. It’s an American superhero film based on DC Comics superhero enjoyed by all genders. The movie was released on 17th November 2017 and grossed up to $614.7 million.

Movie Storyline: Bruce Wayne is energized with reinstated faith in humanity that dawns upon him by Superman’s selfless act. Though he, along with his newfound ally, Diana Prince, are now facing a greater threat. Working together, Batman and Wonder Woman are quick to find themselves a team to stand against the rise of a new enemy. Despite the formation of a team of unparalleled heroes – Batman, Wonder Woman, Cyborg, Aquaman and Flash – it might be too late to save the world from an assault of calamitous magnitudes.

Thor: Ragnarok was a much-anticipated marvel movie of the year with the prequel; Thor: The Dark World. The movie was released on 10th October 2017 and raised gross revenue of $833.7 million.

Movie Storyline: Thor, imprisoned on the other side of the world is up against Hulk in a toxic gladiatorial fight. While Thor seeks survival, he finds himself in a race against time; having to prevent the omnipotent Hela from destroying his home and Asgard civilization.

Watch movies and enjoy long weekends this December with family, friends or just to relax on your own. 2017 is almost over, but it’s never too late to catch up. Watch movies with VPN so you can stream movies without the restriction on streaming websites and networks. Breakthrough all restrictions with FastestVPN. With FastestVPN get buffer-free streaming. Light up the fireplace, get some hot chocolate and watch all the promising movies of 2017 without any hurdles.