The US Puts an End to Net Neutrality

Rich and poor, fast and slow, the era of net neutrality has come to an end in the United States. The Federal Communications Commission (FCC), under Republican control, has approved by three votes against two the withdrawal of the open internet order of 2015 by Barack Obama to protect equity on the Internet. In front of a network understood as a “public good“, where service providers are obliged to treat all data equally, regardless of their origin, type and destination, a system that allows different speeds based on payment and the interests of the operators. A triumph of liberalism, a defeat of the great technology and, at least, a mystery for the consumer. 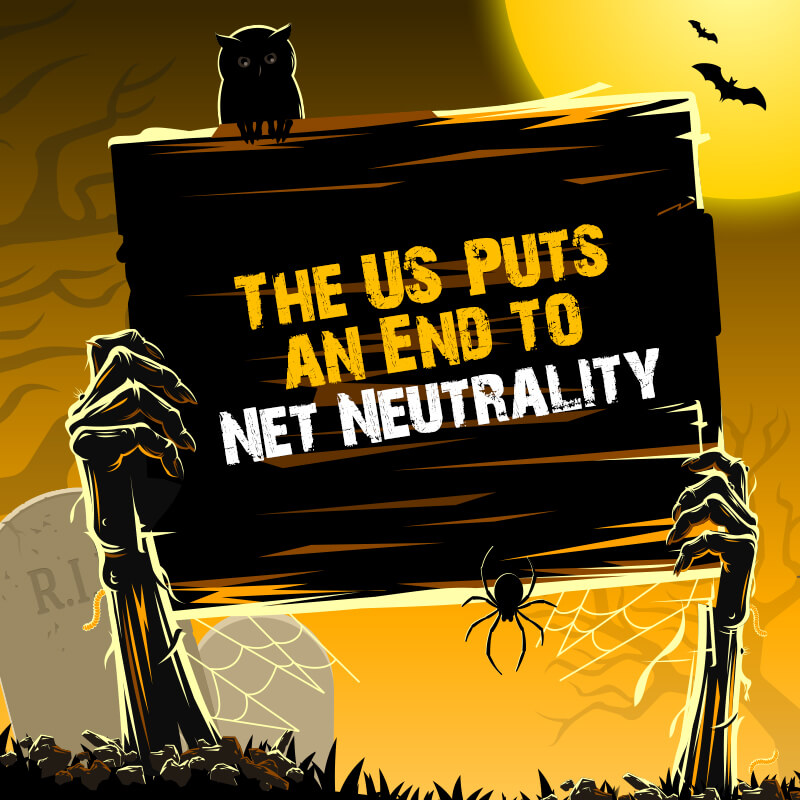 The change, presented as “a victory of freedom“, has come from the hand of the big suppliers. Telecom giants such as Comcast, AT&T or Verizon have teamed up with the Donald Trump Administration to break the legal dam that prevented precisely those companies from imposing their dictates on traffic and network content. Under the system approved in the era of Barack Obama, the operator should always offer the same treatment. He was prevented from blocking access to web pages, slowing down the connection or speeding it up underpayment. The criterion was equity. Avoid discrimination. Safeguard the neutrality of the nervous system of world knowledge. All this has come down today.

The consequences of this deregulation can be profound. “Net neutrality laws guaranteed Darwinian competitiveness among all possible uses of the Internet so that the best ones survive,” wrote Tim Wu, the Columbia University professor who coined the concept. This armor has been demolished, another evolutionary stage begins. The operator, who until now could not interfere with the traffic of its highway, can now create fast, slow lanes or directly deny entry.

Although the providers have not made their plans public, the door is opened to negotiate agreements with portals, to offer Internet service packages similar to those of cable TV, and that, in the end, provide greater speed to its associates to the detriment of those who do not. And even, according to experts, to block those who compete with their offers.

Who Protects The User Now

And now, who protects the user? The question is crucial. The two Democratic commissioners of the Federal Communications Commission highlighted the danger of leaving the Internet without regulation. “The consumer no longer has anyone to defend him, he is exposed to the big suppliers,” said Commissioner Jessica Rosenworcel.

The Republicans maintain that the control of the operators and the prosecution of unfair or injurious practices will fall on the Federal Trade Commission. But this federal agency, as recalled the Democrats, lacks experience in these tasks and also does not count staff for it. In contrast, the Federal Communications Commission, which has been protecting users for two years, is relegated to questions of transparency. Why do we end up with the protections? Why do we allow discrimination? This is an abdication of responsibilities in favor of suppliers, sentenced the Democrats.

The kaleidoscope of scenarios is almost inexhaustible, but it is summarized in the possibility of service scales and, therefore, different prices for the user and also for large companies. This last point is especially delicate. An old complaint of the operators is the expense generated by the larger portals, whose massive use of data monopolizes the bandwidth. This may lead to special rates, something possibly assumed by Google, Amazon or Facebook, but burdensome for new companies or those in precarious financial situations.

The chairman of the commission, Ajit Pai, the main enemy of net neutrality, has repeatedly denied that the changes will increase the user’s costs or allow blockages. Among its arguments are that none of this happened before 2015 and that, on the contrary, the reform has reduced investment in broadband to the point that, if this fall continues, not only the speed of the network would be jeopardized, but the consumer he would face an increase in prices.

“The withdrawal of neutrality will mean restoring freedom, returning to a better and cheaper Internet. There will still be protected for the consumer and their access will not be limited. But it is not our job to decide who wins and who loses in the Internet economy. The government will stop regulating on how providers should handle themselves, and they will have incentives to face the next generation of networks and services,” said Pai.

Is There a Way Out

Once the initiative is approved, there are only two ways to prevent the application. The courts or a law. None seems easy to achieve in the short term. But the opposition front is still broad and powerful. The Democrats, like the big Internet companies, from Google to Facebook, consider that deregulation attacks the central nerve of the network.

“The measure places the Commission on the wrong side of history, law and the Internet. But this does not end here, the future does not deserve this end,” said Jessica Rosenworcel, commission’s Democratic commissioner. The damage is important, new companies are going to be prevented and the interests of the people are turned away, Democratic Congressman Mike Doyle said in a letter, announcing that he is going to present a law to prevent deregulation. An initiative destined to the failure before the almost monolithic opposition of the Republicans to the reform of Obama. Another blow of Trump to his legacy.

FCC Won the Battle, but the War Is Far From Over

We hope there is a silver lining for net neutrality. Whatever Ajit Pai and his disciples have concluded doesn’t make it the final nail in the coffin. Their decision on net neutrality laws can still legally be overturned with the help of Congressional Review Act (CRA) and we may well be able to restore the open internet we all want for ourselves. But this can only happen if a majority in the Senate and the House agrees that net neutrality is what every American wants.

Why should you care about net neutrality? The answer is simple, net neutrality is freedom and we all should be concerned about the fighting for it regardless of our race and religion as Americans.

So, therefore, join this battle for the Net and fight for your right to internet freedom. You can contact Congress via tweet, emails, and of course phone calls to make your voice heard. We have less than 50 days to overturn this injudicious decision by FCC.

If the fails, the battle for the net pivots to the local level. Most State attorneys are already taking actions against the FCC, while many Non-profit organizations have already joined the battle for internet freedom.

Whatever happens in the future for net neutrality, the rollback plan is underway. We recommend you to use the best VPN service if you want to access the internet freely. A VPN allows you to access websites without censorship and throttling. FastestVPN protects your internet connection from the control of your ISP. Even when net neutrality is being put down, FastestVPN is committed to preserving your internet identity and providing you access to global content without any issues.