Boxing fans get ready for the first mega-fight of 2018 between Anthony Joshua and Joseph Parker in a unification fight on 31st March (Saturday).  Both fighters will be competing to take home three of the main heavyweight boxing titles. The fight will be viewed in different channels across the globe including online channels. Nobody wants to miss out on this amazing fight due to costly subscriptions and geo-blocks. Here is a complete guide on how to watch Joshua vs Parker on Android for free.

As you know the fight will be broadcasted by major online channels for boxing. But most of them are paid channels and you may be required to subscribe in order to watch Joshua vs Parker on Android devices. 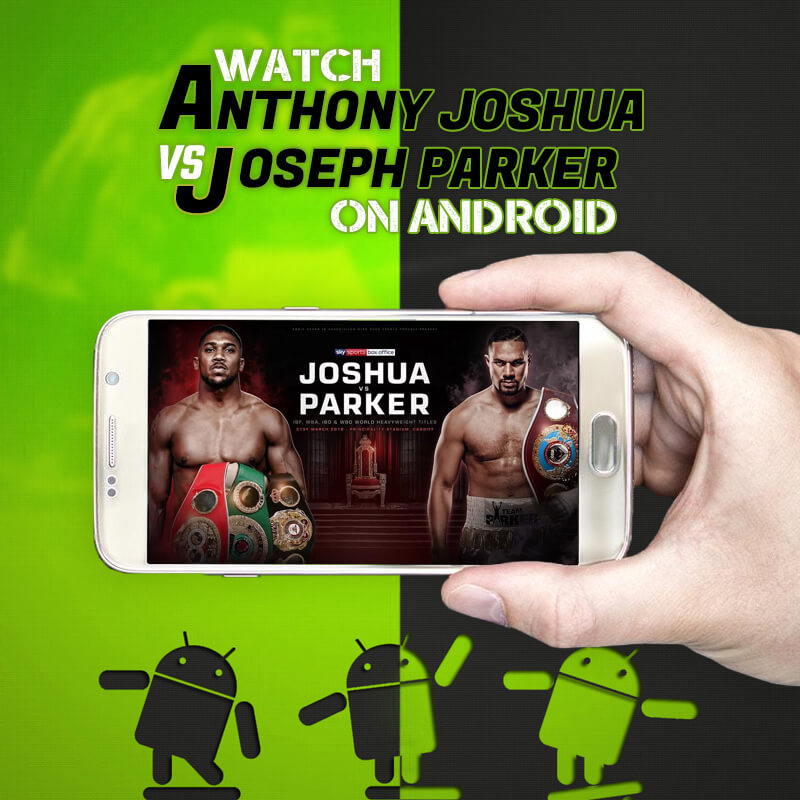 But there is a small problem. 1tv is a Russian channel and it is only available for streaming in Russia. This means in order to access 1tv, you will require a Russian IP address, and that can only be done if you have a VPN installed on your Android device. A VPN will allow you to mask your actual IP address with a Russian IP and use it to access 1tv on android easily.

So, how to watch Joshua vs Parker on Android?

If you’re wondering how to access a free live stream of Joshua vs Parker on Android using a VPN, well we have that covered with this simple guide. Follow the instructions give below and get your Android devices ready to stream the fight online.

Channels that will be Streaming Joshua Parker Fight Live

This fight is already said to be the biggest fight of the year and because of that many popular online channels will carrying out the fight online. Here are some of the most popular broadcasters in the Joshua vs Parker fight:

Before you try to access these broadcaster’s website, you should know that each of the above-mentioned channels is accessible in their designated location. If you try to access them outside their designated regions, you will be blocked to do that due to broadcast censorship. To bypass such restriction, you need a VPN that will allow you to subscribe to these channels and watch the Joshua vs Parker fight on android online.

The Joshua vs Parker fight will be a fascinating fight filled with action, drama, and probably KO. Around 75,000+ fans will be watching the fight live at the Principality Stadium in Cardiff and millions will be viewing the fight at home on TV or online. For viewers who want to watch Joshua vs Parker on Android, use our above guide to stream the fight lives online without wasting time and money on subscriptions.

How to Watch Eleider Alvarez vs Sergey Kovalev Live Online