How to Do an Internet Health Test

Internet Health Test is an online tool that checks your internet connection for network congestion and throttling issues. When you sign up for an internet plan with your ISP, you probably have noticed that your internet speed gradually starts to slow down after a week or later.

There are many reasons for a slower internet speed. However, it’s mostly your ISP deliberately ruining your browsing experience by throttling your bandwidth.

But how can you tell that your ISP is the main reason or one of the reasons for a poor connection? The Internet Health Test checks your connection and tells you exactly if you’re getting less speed than you’re supposed to.

In this blog, we’ll share how to perform an Internet Health Test. Let’s go!

How to Perform an Internet Health Test 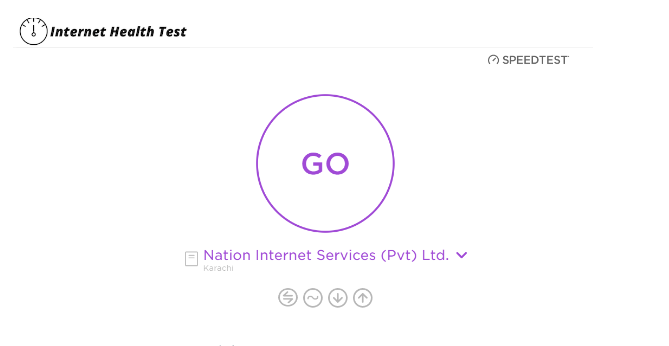 Please edit the location from the picture above

Below I am attaching my results to give you an idea of how accurately the test defines your overall internet health conditions. 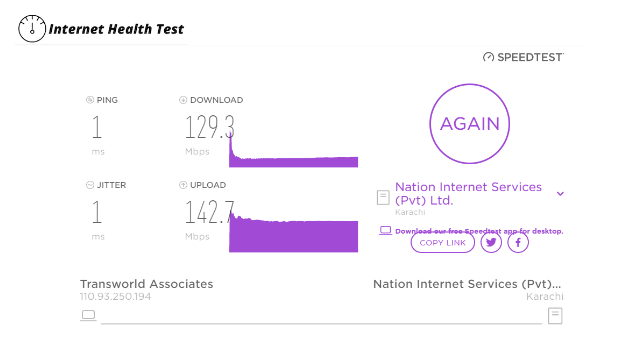 Please edit the location from the picture above

How Does the Internet Health Test Indicate ISP Throttling?

You can try many other internet speed tests, or you have probably tried a few of them. All tests are similar in terms of how they show your speed and ping rate.

However, showing speed or ping has nothing to do with the ISP bandwidth throttling. The only way to understand if your ISP is throttling your bandwidth is to compare your speed with other internet users.

Here Internet Health Test plays a significant role; it transmits traffic to and from your device to a particular measurement point outside your ISP’s network.

Users perform the test from different locations, and it gets even easier to spot speed differences. The test specifies how long your network takes to connect you to certain measurement points in particular locations.

You’re suggested to run the test multiple times as the internet speed keeps varying the whole day. Performing tests several times will get you an accurate result.

What is the Purpose of the Internet Health Test?

The main purpose of an Internet Health Test is to help users accurately know the speed and quality of the internet connection. Besides that, it also helps promote Net Neutrality protections. Find here what Net Neutrality is.

How to Fix Internet Speed Issues

If your ISP is not purposely throttling your network, then follow these tricks:

However, if you verify through Internet Health Test that your ISP is constantly throttling your bandwidth, immediately file a complaint against the provider.

How Does ISP Throttle Bandwidth?

ISP could also slow down the internet speed once you hit your data cap. The data cap is the amount of data you can use each month.

Another worse way of ISP throttling is paid prioritization. This is what the fight about Net Neutrality was all about. So that service providers cannot artificially slow down certain types of traffic in favor of others, or to upsell a better internet package.

How to Stop ISP Throttling

One of the best ways to stop ISP throttling is using a VPN. Your ISP cannot track your online behavior with a VPN since all your activities are protected under a VPN’s encryption.

In this way, your ISP will only know that you’re connected to the internet but cannot find whether you’re streaming movies or downloading files. Not only that, but a VPN also lets you unblock various websites by changing your IP address.

FastestVPN is the best VPN to combat throttling issues. It comes with 550+ servers and robust encryption to protect and conceal your network from ISP and third-party intervention.

There could be many factors that contribute to a slower than usual internet speed. The easiest way to confirm is the internet health test. If you’ve done your part, the only logical explanation could be bandwidth throttling by the ISP. In such a case, contact the ISP and make your complaint heard.

How to Encrypt Your Internet Traffic

Who is My Internet Service Provider?
Subscribe
0 Comments
Inline Feedbacks
View all comments