How to Install Mobdro on Firestick, Fire TV, or Fire TV Cube

Mobdro is an IPTV app that features live TV from around the world. Many of these streams will be under copyright protection. Streaming them with Mobdro can lead to intervention from the DMCA. You will get noticed by your ISP unless you use FastestVPN to mask your identity.

Movies enthusiasts are always on the lookout for the best app that delivers free and high-quality content. Mobdro TV delivers on those two fronts by fetching live streaming links from all over the internet. It’s incredibly convenient than to search the internet yourself. With Mobdro TV, You get to watch the live stream in high-definition without looking it up.

It’s a one-stop destination for your IPTV needs. Wondering how to install Mobdro on Fire Stick? Read on as we explain it to you. 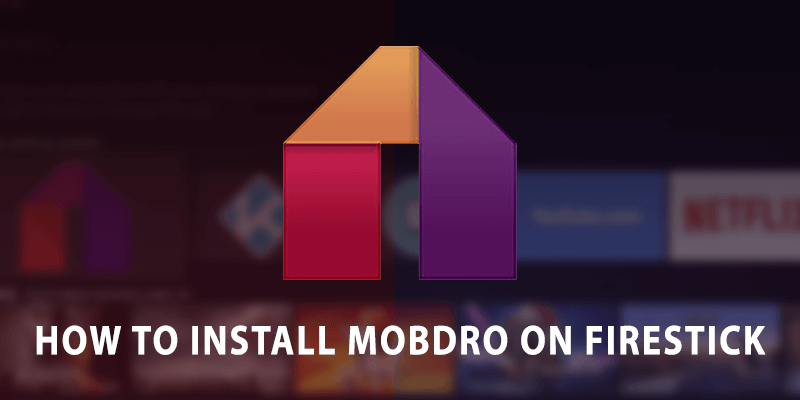 The app is available on Android only due to the fact that it’s distributed only through the Mobdro download website. It requires you to manually install the app using Mobdro APK download file, also known as side-loading.

The even better thing about Mobdro on Fire Stick is that it’s regularly updated. All reported bugs and issues get addressed in due time. Unlike other apps and websites that may get abandoned eventually due to copyright, Mobdro continues to live on.

How does Mobdro TV Work?

Mobdro TV itself doesn’t host content. Instead, it fetches live streaming links from third-party websites. Once you search for a movie, TV show, or a live event, Mobdro TV will look for free streams of the event and hand it on a platter to you. Get access to hundreds of live TV channels from all over the world without the exhausting exercise of searching yourself.

In short, no. While Mobdro TV collects free streams from the internet, they itself might be in violation of copyrights. Because Mobdro TV doesn’t hold rights to stream the content, you will be penalized for streaming such content.

Copyright laws may differ from country to country, but it’s a unanimous law that streaming content without the explicit permission of the owner or without owning rights to the content will lead to penalty – or jail time in severe violations.

It’s well known that apps and websites like Mobdro that offer free online streaming are under several copyright violations. It’s highly recommended that you always use VPN (Virtual Private Network) with Mobdro on Fire Stick to prevent ISP monitoring. It masks your identity on the internet and also unblocks geo-restricted streams. FastestVPN not only protects your identity, its AES 256-bit encryption secures your internet traffic.

Like we said up there, VPN is a must. Not only does it protect your identity online and against ISP intrusion but it also unblocks Mobdro TV streams that would otherwise not play in your region.

FastestVPN is built on the cutting-edge of VPN technology. It not only protects you from the ISP but also provides a smooth surfing experience with Ad-blocker and Malware Protection. It’s recommended that you use VPN for Mobdro on Fire Stick.

Can I use Mobdro on Kodi?

Yes, Mobdro on Kodi works. There’s an app which you can easily install. It offers the same range of functionality as the one for Fire Stick.

What is Fire Stick?

Amazon Fire Stick is a digital streaming device primed to deliver the best entertainment right to your television. It transforms your display into a smart machine, enabling it to run digital apps. Even though many TVs sold today are Smart TVs, there are many that aren’t fully smart or lack the trait entirely.

Fire Stick is the size of an average thumb drive and plugs directly in the HDMI port of your display. Remote control is included in the package, allowing you to lay back and relax while you scroll through apps like Netflix, Hulu, YouTube, HBO, and much more.

Mobdro is not available anywhere else except the official website. The download will be in APK form that you’ll need to sideload on your Android device. Luckily for you, that Fire Stick is built on Android OS. With just a few short steps, we can get Mobdro up and running on Fire Stick or any other Fire TV device.

What to Consider Before Installing Mobdro Fire Stick APK

Android is an open-source platform that invites people to play with its customizable nature. But by default, there are a few security checks in place to prevent unauthorized and harmful apps from running via external sources.

To prevent that, the option to install from external sources is disabled. We must first enable that. Here’s how to do it:

Confirm your selection when a warning message is displayed next.

The previous was meant to ready the device as we move forward to the installation phase. Now, head to the Amazon app store and look for an app called Downloader. We need it to install Mobdro on Fire Stick because the built-in browser may not allow us to download the APK.

Use the search feature present in the app store. Once found, hit on download and let the installation complete. Downloader app will now be present in your app list. Now, onto the Mobdro APK download phase.

Now onto the actual installation phase for Mobdro on Fire Stick:

Clean Up After Installing Mobdro on Firestick

Now that you have the app installed, there’s no need for the APK. Although you can continue without deleting the APK, it’s taking up precious space on your device. So, once the app has been installed, click on Done instead of Open and you’ll return to Downloader home section.

A message box will give you the option to delete Mobdro APK download, confirm this selection.

You can find the Mobdro in Apps & Channels section. For easy access, you can move it to the Home screen. You can access this section by holding down the Menu button on your remote and selecting Apps from the menu it brings up.

Mobdro will be one of the last apps in the list, you’ll have to navigate down using the directional buttons on the remote. It’s not very convenient for every time you want to access Mobdro. You can bring the app to the front easily. Let us explain how.

Mobdro appears at the bottom of the list in apps. Follow these steps to move it to the front row:

Bonus: How to Install & Use Mobdro APK Download on Windows with BlueStacks

You may have heard of Bluestacks. It’s a popular Android emulator for Windows, which as you’d expect, runs games built for Android on a Windows PC. We can use the same emulator to run Mobdro on Windows.

Bluestacks features Google Play Store right through its client. Here’s how to install and run Mobdro on Windows PC with Bluestacks:

Once done, you’ll be able to enjoy free IPTV through Modbro TV on your Windows PC.

There are many apps and websites that claim to offer the best live streaming experience. Having tried nearly all of them, I can safely say that Mobdro TV offers a really good experience.

The categories cover everything from Movies, TV, Documentaries, Kids Movies, and more. You’ll be able to access live TV channels from around the world. But you should definitely use FastestVPN with Mobdro TV to avoid running into geo-restriction issues.

It’s worth noting again that Mobdro APK download is only available for Android devices. Fire Stick is built on Android OS, that’s why we can easily side-load the Mobdro APK download file onto the device. iOS users will have to stick to alternatives. One of the best things about Mobdro is that the developers continue to update and add more features to the app.

With the steps outlined in this guide, you can install Mobdro on Fire Stick as well as other Fire TV products.

Mobdro is the best TV app

I have been using Mobdro for two years, and this is the best app I know of.

Mobdro is a great application. I will definitely install it.