Apple’s new TV streaming service will be available starting November 1. The service, which was announced earlier this year, will be available in over 100 countries and regions this week. Apple has also been slowly releasing the Apple TV app on non-Apple devices so that more people can access the upcoming service.

The launch of Apple TV+ will be accompanied by a host of TV shows that are exclusive to the service. We’ll go over them in a bit and show you how you can watch Apple TV+ on any device. 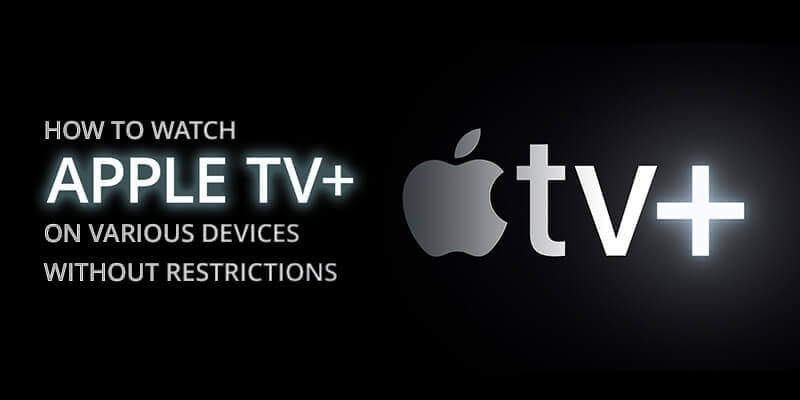 What is Apple TV+?

Apple TV+ is an on-demand video streaming service. It can be thought of as an extension of the Apple TV service – Apple TV+ will be available through the Apple TV app.

Where Apple TV is a culmination of several networks such as Showtime, HBO, CBS and other digital streaming services such as Amazon Prime, Hulu, and PlayStation Vue, Apple TV+ is intended to deliver Apple’s lineup of original content.

The launch of Apple TV+ will be accompanied by a bunch of original shows that will be available for streaming immediately.

How much Does Apple TV+ Cost?

The service costs $4.99 per month and gives you access to the entire library of Apple TV+. You can check out the service for free using the 7-day trial. If you need more convincing, one subscription lets you share the service with up to six people via the Family Sharing feature.

How to Stream Apple TV+ Without Any Geo-Restriction

Like any other service, Apple TV’s content is geo-restricted, the content varies from region to region. The upcoming Apple TV+ service might also have the same geo-restriction barrier in place. The solution to the problem is VPN.

VPN lets you control your privacy by making you anonymous. It does so by changing your IP address, so the ISP and the websites you visit can’t see your actual geographic location. It lets you bypass geo-restrictions easily. FastestVPN has servers around the world, in countries such as the United States, the United Kingdom, Canada, Germany, France, and more. So considering that Apple TV+ may impose the same geo-restrictions, VPN is certainly going to be useful.

How do I setup VPN on Apple TV?

FastestVPN has dedicated apps for iOS and macOS, so you don’t need to worry about setting up VPN on Apple TV. It’s a simple process – download the app, launch it, and connect to VPN server. Apple has also begun rolling out the Apple TV app for devices such as Roku, FireStick, and Samsung TVs through an exclusive partnership.

You can get VPN protection by manually configuring FastestVPN in your router. This way you can watch Apple TV+ on devices that may get added later.

All iOS devices come preinstalled with the Apple TV app. Before you can begin, update the app to the latest version by going to the App Store.

You need to own a Samsung Smart TV to access Apple TV. Given Apple’s recent efforts to put Apple TV app on more devices, it’s entirely possible that the app will come to more TV manufacturers. You can check the list of compatible Samsung TVs here.

For other TVs, you can use the AirPlay feature to push the stream from your iOS device to the big screen.

What Shows are on Apple TV+?

Apple TV+ is a service that is set to rival Netflix, Amazon Prime, Hulu, and more. Like the competition, Apple is investing heavily in bringing original content to the service. It’s one of the reasons why people sign-up for a digital streaming service.

Here are a list of TV shows and movies coming to Apple TV+:

There are more projects in development, only some will be available on the day of launch.

Conclusion – How to Watch Apple TV+

So there you have it, everything you need to know to get started for the November 1 launch. We highly recommend using a VPN for an unrestricted experience. VPN not only unblock geo-restricted content but it also protects your identity and internet traffic.

FastestVPN’s Halloween sale offers up to 92%. You can grab the lifetime deal and protect your privacy forever.