An Android Malware FlyTrap is making rounds on the Google Play Store and preying on unsuspecting victims. It’s not uncommon to hear about malicious apps. But alarming still, the malware has been infecting users since March 2021.

Malware comes in different forms and can be distributed in several ways. One of the most common ways is through apps or websites that claim to offer something very exciting like freebies. Such apps and websites serve as a honeypot for attracting users to infect them with malware.

What is the FlyTrap Trojan Malware?

Research conducted by Zimperium has unearthed the existence of malware that has been making rounds on the Google Play Store for many months now. Zimperium’s zLabs research team has coined the Android malware “FlyTrap”.

FlyTrap is a Trojan that is distributed through several malicious applications that lure victims by claiming to offer free Netflix coupon codes, Google Adwords coupons codes, and such. Basically, hackers develop avenues that are likely to catch the attention of the average user. After all, who doesn’t love a free Netflix subscription or gift cards for online shopping?

The Android malware has been noted to originate from Vietnam and has thus far claimed a shocking 10,000+ users located in 144 countries worldwide. According to the report, the malware has been operating since March 2021. It speaks about the strength and success of social engineering techniques in spreading malware at such a rapid speed.

What is a Trojan?

A Trojan is a program that appears to be legitimate but actually hides harmful code underneath. It could be a program like Skype downloaded from a third-party source on the internet. But instead of installing Skype on your device, the program installs malware when executed. It could also be bundled the malware with the program and installed in the background to avoid detection.

Social engineering techniques like Phishing are a common way that attackers use to trick you into downloading Trojan. Because a Trojan is simply a malicious program that appears to be safe, it can bypass the safety filters of consciousness.

How Does FlyTrap Malware Works?

Although Google has taken the reported applications off the Play Store, they are still available on third-party sources on the internet. Not only that, more applications acting as Trojan may emerge in the future. Hence you need to learn how the FlyTrap malware works and how to prevent it from affecting you. 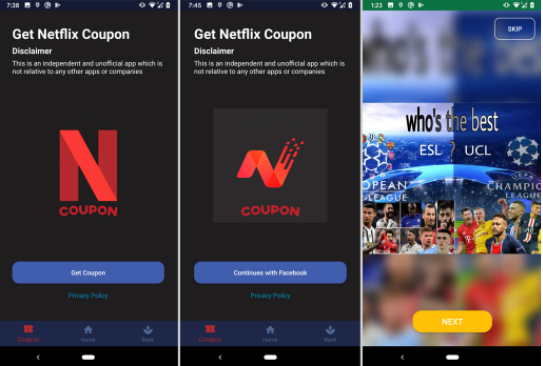 Websites and applications use cookies to identify you. It contains small information about you, like device and IP address, to maintain persistence in the web and app experience. Session cookies (or Tokens) are generated when you log in to your account so that the following requests do not require validation.

An attacker can impersonate you and gain unfettered access to your Facebook account by stealing the session cookies. The attacker can use this opportunity to spread Phishing links to your friends and family. As the messages will come from you, the Phishing attempt is more likely to succeed.

The exfiltrated information is sent to a Command & Control (C&C) server. It basically refers to the mothership through which malware can receive commands remotely, such as updating itself to prevent detection.

How to Prevent FlyTrap Malware Attack

The report lays out extensive research into how FlyTrap Trojan works, including the addresses to its C&C servers. You can also take note of the applications that FlyTrap Trojan uses and stay vigilant against them.

10 Steps to Improve Security on Your Android Phone